The week ended as it started – with Peter and Nick.  And Leanne and Carla.  At the end of 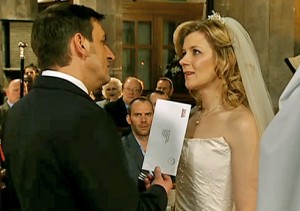 Friday’s episode, Peter told Leanne he knew about her affair with Nick and he wanted a divorce.  He did it at the altar, in front of the minister and those assembled in the church for the reaffirmation of their marriage vows.  Wow.  Cruel.  And very dramatic.

Poor Leanne.  She looked so beautiful, and so very happy.  Then boom.  At least then she would understand why, at the last minute, Peter had insisted on Nick being his Best Man and on Carla attending the blessing.  He indeed wanted witnesses. 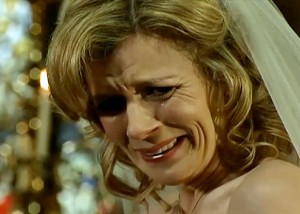 So that was the final scene of a week about the Valentine’s Day Blessing (or Massacre).  Leanne sobbing, Peter steely-eyed and standing on his own two legs.  Everybody else looking gobsmacked.

The tension had built all week.  On Monday, Peter was feeling shamefaced about his lapse into drinking and still believed Nick had 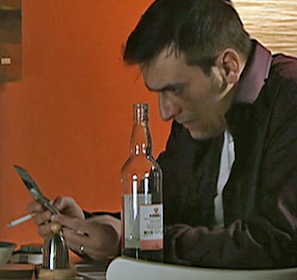 been trying to help him keep sober.  My husband made an interesting comment about the two of them while Peter was thanking Nick for being a true friend.  Jim said “Peter has a real problem, but big as it is, it’s more honest than Nick’s.  Nick’s problem is his whole personality – his scheming and nastiness.  And that won’t change.”

It made me think of the story attributed to Winston Churchill:  a 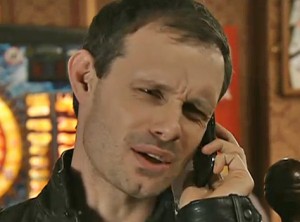 woman says to him, with horror, “sir, you are drunk!”  And Churchill replies, “yes, madam, but in the morning I’ll be sober and you’ll still be ugly.”  Don’t know if that’s true or not, but it summarizes a very good point.  Drunkenness, and sobriety, can change; an unpleasant personality cannot.

At heart, Peter is a good man.  Really, even his bigamy was just because he didn’t want to disappoint either woman.  Nick, however, is nasty.  He’s a user of people and willing to lie and cheat while all along deluding himself that he’s acting with honour and decency.

That’s an important difference between the two men.

I think it’s one that Leanne finally realized as she was starting her walk down the aisle.  But alas, it’s too late for her.

I may not be able to post for the next couple of weeks.  I’ll be away and will try to catch Corrie but RL might prevent regular watching.  But I’ll be back!