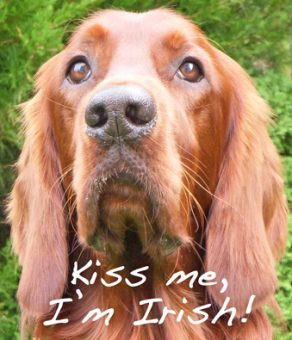 I first saw DNA tests at London Ont’s Pawlooza dog festival, in 2010 I think. They were tests to find out what breeds were in the genetic structure of any given dog. The process was explained by a contest. Guess the genetic make-up of a dog in a photo, then compare your guess to the actual test results.

The dog was medium sized with short brown and white hair and floppy ears. I guessed some kind of terrier, hound and maybe Corgi. The results? Everything from Mastiff to Chihuahua with no single breed group predominant.

“Want to test your dogs?” the lady at the booth asked. I looked at them, and thought why? One clearly was a Standard Poodle. The other one? I had studied his personality and his looks. My guess was some kind of terrier and Shih Tzu. A DNA test might show everything from Mastiff to Chihuahua. Useful? Not really.

That’s my thoughts on human DNA testing as well. What does finding out that you’re 5% something and 10% something else actually tell you? It’s fun to know, sure. It lets you wonder who travelled across continents to wind up in your genetic map.

DNA tests were among the most popular gifts this past holiday season, Forbes reported last December. Quick, cheap and well-advertised, they address something fundamental: Who are we?

They answer that, to some extent. There’s a percentage breakdown of your geographical make-up. So you can see all the peoples and regions that went into making you. It can be a surprise.

One of my family did an Ancestry DNA test. Our largest grouping? Irish. No German, nor anything we expected from documentary and family history. Does this matter? Yes, because it shows that our ancestors’ migration path was different than what we’ve thought. No, because documents and family history show another traceable geography. And, more significantly, tell the stories we grew up with.

DNA – ‘blood’ if you will – on its own does not define us. There have been systems of classification of people based on “blood”. But, before DNA tests, these could only rely on appearance and/or association. Guessing based on culture and history, not genetics.

But what do scientific DNA results actually do for us? Possibly give important medical information. Other than that, not much. New hobbies, new histories to learn. But do they make you someone else?

Am I now Irish? I could consider myself to be, I suppose. Stake a front row spot for myself in the Paddy’s Day parade. But would waving the DNA results help get me, say, a work permit in Ireland? “Oh, Ancestry says 41% of you is from the old sod! Well, come right in!” About as much chance as that Irish Setter in the photo convincing a Mastiff that they are brothers separated at birth.