If you had the sad job of picking the topic of the last novel you would write, I don’t think you could

choose better than Dick Francis did. Crossfire, co-written with son Felix and published in 2010 by Michael Joseph, is the final book in his long and illustrious career as a mystery novelist. Dick Francis died in 2010 at the age of 89.

Crossfire is a great story and a family effort. You don’t need to google anything to know the experiences of three generations of the family are in it. The horses, stables, races and racing industry amongst which Dick Francis lived are there, as usual. But our hero is a wounded Captain in the Grenadier Guards, recently returned from Afghanistan.

The authors’ thanks are given to Lieut. William Francis, Army Air Corps and Grenadier Guards, for his assistance. He is the grandson of Dick and son of Felix. So the horse and racing elements of a Dick Francis are there, as is information and insights about a different topic. This time, that other topic is the Afghanistan war and the physical and psychological realities of being injured by an explosive device. You see the trauma of being back home but having to deal with the injury and the sudden loss of your career and your passion – soldiering.

The book is a tribute to Lieut. Francis and his fellow soldiers in Afghanistan and elsewhere in war. It is also a tribute to Felix for carrying on his father’s work so well. And, of course, it’s a tribute to Dick Francis, master storyteller and steeplechase jockey. In his racing and writing, he has probably taught more people about the intricacies of horseracing than anyone else. And no matter what the villains of the piece do, the love Francis has for horses and his respect for their abilities and heart is always apparent.

Dick Francis’ books were written with the help of his family. His late wife, Mary, helped with research, writing and editing. Her interests and knowledge, such as in photography, were also reflected in the plots of some of his books. Felix, their younger son, helped his father with many of the books, taking an increasingly active part in the creation of 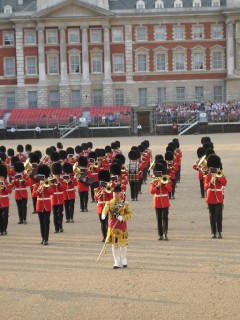 the latter ones. The last three Dick Francis books are published with both Dick and Felix as co-authors.

After his father’s death, Felix has continued writing under his own name. I have not read his solo efforts yet but, based on the co-authored books, he learned well from his father. And with Crossfire, I feel I have got to know the family better. I am glad that they let me see the post-war feelings of a wounded veteran. They did it with a deft touch, put in here and there in a very good story of chicanery in the racing and investment businesses.

In need of a book for bedtime reading, looking through bookshelves – and finding a Dick Francis mystery you haven’t read. That is true happiness. 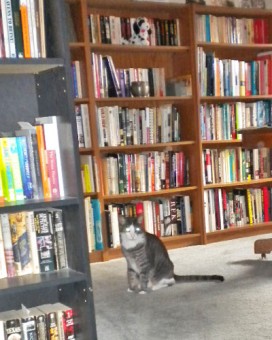 I thought sadly that I’d read all of Dick Francis’ many novels. Then, twice in a couple months, when library books were finished and I searched my own books for something to tide me over, I found unread Dick Francis novels.

I love mystery novels. You get both a mystery and a glimpse into another world. With Francis,

it’s many topics but always with some horse racing, whether steeplechase or flat. He was a top steeplechase rider for many years. Then he began writing about that world, wrapping a lot of horsey information in a good who-dun-it.

I’ve read that mystery novelists are accorded lesser status in the literary world than regular novelists. Like romance novelists, they are considered “genre literature”. I don’t agree with that difference in status ranking. In mysteries, I’ve explored human emotion and reactions, both good and evil, learned about subjects I’ve never really thought about before. And it’s all working toward an end – who did the dastardly deed.

Elizabeth George, Ian Rankin, Quentin Jardine, Michael Jecks, Martha Grimes, Andrew Greeley, Janet Evanovich, P. D. James – these are writers that I have devoured. All different in writing style, lead characters, subplots and settings. All have protagonists whose lives progress throughout the lifespan of the novels. With them, after randomly reading one of a series, I went back to the beginning and tried to read them sequentially. Among Canadian mystery writers I’ve discovered at the library are Lyn Hamilton and her archeological mysteries

and the Murdoch books

Murdoch, a police series set in Victorian Toronto, has been very successfully adapted for television. The tv shows

go beyond the books and I find them just as entertaining and insightful as the books themselves. Can’t say the same for the television adaptation

of Elizabeth George’s Inspector Lynley series. I enjoy the Lynley shows, but they are not as 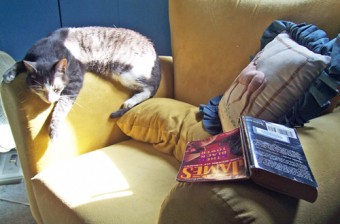 rich as the books – truncated and not accurately reflective of the books’ characters.

I’m not fussy on the “cozies” – the Miss Marple-ish amateur sleuths (although I love the real Miss Marple). But I love some village series such as M. C. Beaton’s Highlands’ Hamish MacBeth

books. I have no time for the young woman P.I. who never has any food in her house, but I make an exception for Janet Evanovich’s Stephanie Plum

. Tiresome are protagonists who put themselves in trouble because they insist on refusing help. I don’t like glib, wisecracking heroes or heroines. However, again, I love the originals of this persona in the novels of Raymond Chandler and Dashiell Hammett and the incarnation by Robert B. Parker in his Spenser

Twofer: the human condition and a puzzle

I like books that delve into the human, and societal, condition in their plot lines and characterizations. All the authors I mention above do that, in very different worlds. And, being mysteries, they add a second layer of information processing in figuring out who committed the crime and how they did it. They may be “genre” but it’s a genre that gives you two stories in one.

Below are great mystery novels by other great jockeys.